When students review their notes on the topic of Heat Energy, most of them can confidently say that they understand the fundamental concepts. They are able to state that:

However, many students, including those in P6 who have had at least a year of practice on this topic, find that they struggle with tackling application questions on Heat Energy.

Firstly, there is a wide variety of application questions that can be tested on the topic of Heat Energy. Hence, students may feel lost when they encounter a question that they have never seen before.

Hence, in today’s article, I would like to go through the thought process for one of these application questions on Heat Energy.

John was trying to find out if the size of the flame would affect the speed at which the carrot was cooked.

Here are the steps John took to set up the experiment:

Step 1: Prepare two beakers with the same amount of water at 100°C.
Step 2: Put a carrot (of the same size) that is at room temperature in each beaker.
Step 3: Place one beaker over a large flame and place the other beaker over a smaller flame.

The diagram below shows what the set-ups look like.

Step 1: How are the carrots cooked?

In order for the carrots to cook, they have to gain heat from a heat source.

However, students tend to be confused regarding where the carrots gain heat from, causing them to use the wrong approach when analysing this question. One important rule of heat transfer that students learn is that heat travels from a hotter region to a colder region. Since the carrots (30°C) are cooler than the hot water (100°C), the carrots gain heat from the hot water to cook.

Step 2: What affects the rate at which the carrots are cooked?

The rate of heat transfer between two regions depends on the temperature difference between the two regions.

Let us now return to the question with the carrots and apply what we have just learnt.

Step 3: Will the larger flame cause the water to increase in temperature beyond 100°C?

Therefore, no matter the size of the flame, the temperature of the water in both set-ups will remain at 100°C.

Since the temperature difference between the carrot and the water in both set-ups will still remain the same, the rate at which the carrots gain heat from the boiling water will be the same. Therefore, the carrots will cook at the same speed, no matter the size of the flame.

I hope that this article has been helpful in guiding you through the thought process of how to tackle such an application question on the topic of Heat Energy. 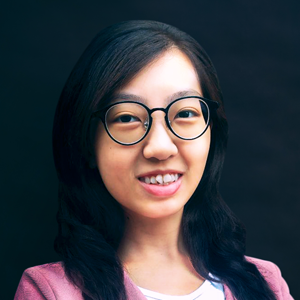 Drawing from her eight years of primary school science teaching experience, Eunice creates a fun and comfortable learning environment for her students through the interactive classes she conducts. With her degree in Life Sciences from the National University of Singapore, she is fully equipped to patiently guide her students through the thought processes required for PSLE science concepts and application questions. Making sure that her students understand the content is her top priority. Thus, she is always encouraging them to think and to question, and constantly seeks to clarify any doubts her students have. She hopes that as they journey towards As together, her students will grow to love Science even more. Mass & Energy: How These Two Concepts Work Together